Edina city officials have developed a set of criteria to evaluate the diversity shown in city-owned artwork and decor in municipal buildings, parks and outdoor areas.

The criteria — what they call a rubric — evolved out of the city’s 2018 task force report on race and equity and aims to provide a standardized way to judge how genders and ethnic groups are represented in art. The City Council signed off on it last month.

“To be able to represent who is actually living in Edina, who has had a hand in creating what Edina is … it’s important to be able to do that,” Lee said.

One of my favorite moments in GoodFellas comes late in the film, when Henry and Karen Hill are finally flush with cocaine money and use the opportunity to proudly show off their new home. The furniture is mostly gleaming black lacquer, with gold and black filigree wallpaper to match. There’s a zebra print throw flung over the couch, multiple ornamental fans, and splashes of fire engine red for good measure. Even the plants are somehow metallic. It looks like it was designed by two people on, well, a ton of cocaine. That is, until you get to the pièce de résistance: a large plastic wall made to look like stone overlaid with shards of colored glass, which opens to reveal a television console and liquor cabinet with the push of a button. That part looks like it was designed by a thirteen-year-old on cocaine.

The Office‘s Michael Scott is a complex character. He’s more than the buffoon boss who has a tendency to stick his foot in his mouth. He’s also a very loyal friend, a great salesman, a loving partner, and someone who’s terrified of ending up alone.

When The Office was still on the air, MSNBC took a tour of Dunder Mifflin lead by Angela Kinsey, who plays Angela Martin on the sitcom. When they pop into Michale’s office, Kinsey shares her favorite bit of decor that is just so very… Sad Michael.

‘The Office’ actors helped to decorate their desks on set

While much of the trinkets on characters’ desks were the work of the prop department, Kinsey says the actors were told to bring in personal photos of themselves. Kinsey brought in one of

In recent years, brown anything in a living space was considered by some arbiters of decor as drab and outdated. But this fall the hue is back in favor, in part because of the unsettled, anxious state of the world.


“Brown traditionally makes people feel comfortable and safe, and those are feelings that many of us are looking to our homes to provide,” says interior designer Dawn Hamilton of Oakland Park, Florida.

It’s just one of the trends in decor this season, when the pandemic While kicking back in a beach house might sound dreamy, I have to ask: Why is beach house decor so bad? Here are the worst designs I’ve seen.

While kicking back in a beach house might sound dreamy right about now, I have to ask: Why is beach house decor so bad?

As someone who’s rented beach houses on sandy shores from New York’s Fire Island to the Maine coast, I can conclude that beach house owners tend to go overboard with beach-themed decor. We’re talking seashells not only at the seashore, but everywhere in the home, fashioned into soap dishes, wind chimes, “seashell bouquets”—you

These days, Augustin said, taking care of plants can give you a feeling of control over your physical environment, which has been shown to enhance cognitive performance. The act of caring for something and watching it grow is also beneficial: “If you’re caring for the plant, that gives you a feeling of accomplishment, which is desirable.”

Regan Azizi said plants are a form of meditation for her. Azizi, plantmomchicago on Instagram, said her plants help her take a breath. They keep her mind busy and help her focus on something other than what’s going on in the outside world. It’s also a project she can work on with her daughter. Since she got into plants about a year ago, she said they’ve now become an integral part of their day.

Every so often in the world of home design, you meet a refreshing pro who doesn’t take herself too seriously, is not afraid to own up to her mistakes and knows when and where to take the pressure off.

While I confess part of me is hoping you’re thinking, “Why, that’s you, Marni” (I can only aspire), all that is true about Myquillyn Smith, the voice behind The Nester blog, and author of three books, including her newest, due out Sept. 15, “Welcome Home: A Cozy Minimalist Guide to Decorating and Hosting All Year Round” (Zondervan Publishing, hardcover $26.99).

I got an advance copy, which came with this self-effacing author bio: “Myquillyn is a self-taught, design-school dropout who took a weeklong course so she could be a certified home stager and redesigner.”

How could I not like this woman? That same humble confidence shows through in “Welcome Home.” I mean,

What does a discount retailer do when they overstock their shelves? Discount the goods even more, of course. Your favorite shop might slash prices every few months, opening its doors with a grand event that brings in a herd of bargain hunters. But with Birch Lane, you don’t have to wait for a sale to get in on a good deal. You actually don’t even have to get off your couch.


When we stumbled upon The Outlet from Birch Lane, it was a game changer. A whole section of new, on-trend items on sale simply because they were overstocked? Sign us up. Whether you shop by department or peruse their handpicked sales customized for your needs based on your recent shopping, there’s always something on sale.

So what makes it different from a regular site sale? Even though the sale is always on, the 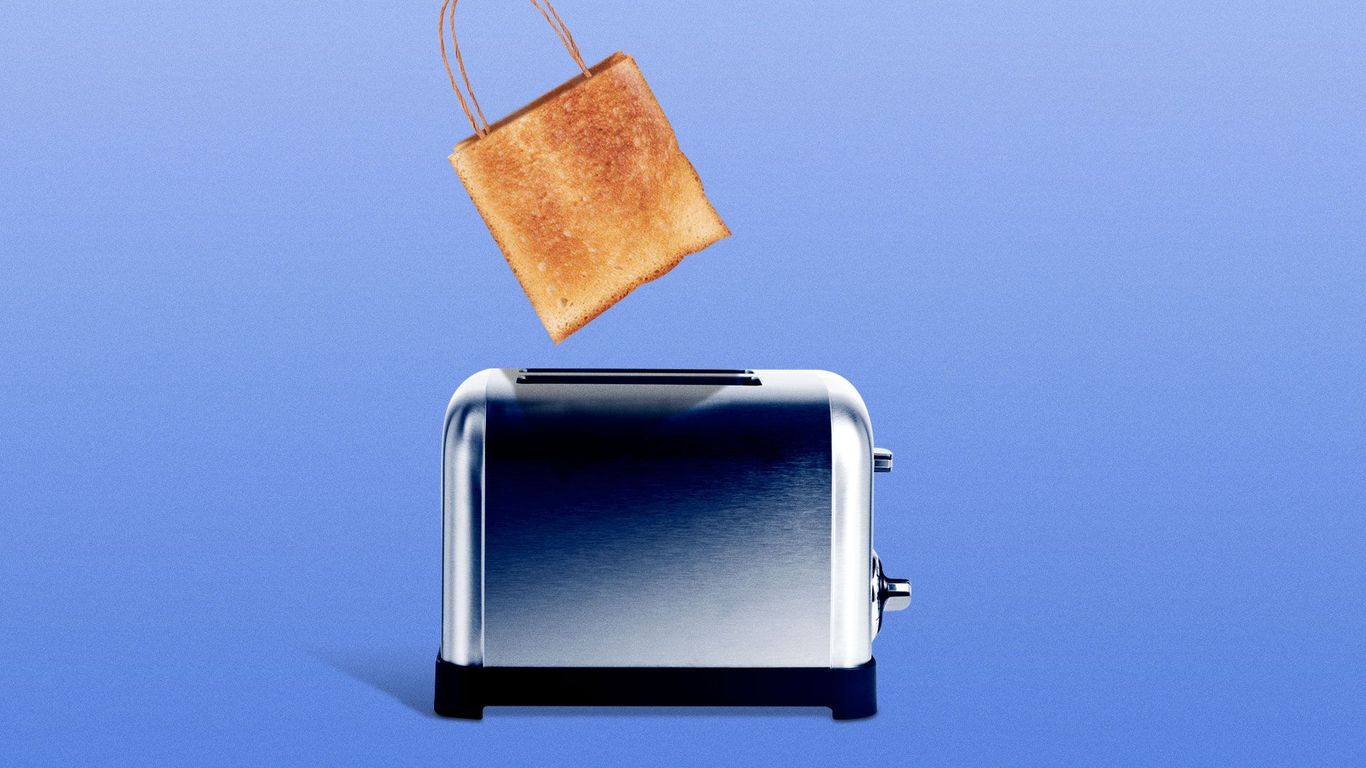 With colleges and grade schools going virtual, marketers are trying to come up with ways to pry consumers’ wallets open during the back-to-school season.

Between the lines: Retail sales in July came in higher than they were in February, before the pandemic sent stores and restaurants closing en masse, the Commerce Department reported Friday morning.

The big picture: Marketers are keen to convince parents to turn college-bound teens’ bedrooms into dorm rooms, kitchens into faux cafeterias, and backyards into recess playgrounds — by buying new stuff from retailers eager to keep the fall shopping season from being a bust.

Momentum investing revolves around the idea of following a stock’s recent trend in either direction. In the ‘long’ context, investors will be essentially be “buying high, but hoping to sell even higher.” With this methodology, taking advantage of trends in a stock’s price is key; once a stock establishes a course, it is more than likely to continue moving that way. The goal is that once a stock heads down a fixed path, it will lead to timely and profitable trades.

While many investors like to look for momentum in stocks, this can be very tough to define. There is a lot of debate surrounding which metrics are the best to focus on and which are poor quality indicators of future performance. The Zacks Momentum Style Score, part of the Zacks Style Scores, helps address this issue for us.