At Home Depot and Lowe’s, Home-Improvement Splurge Can Go On 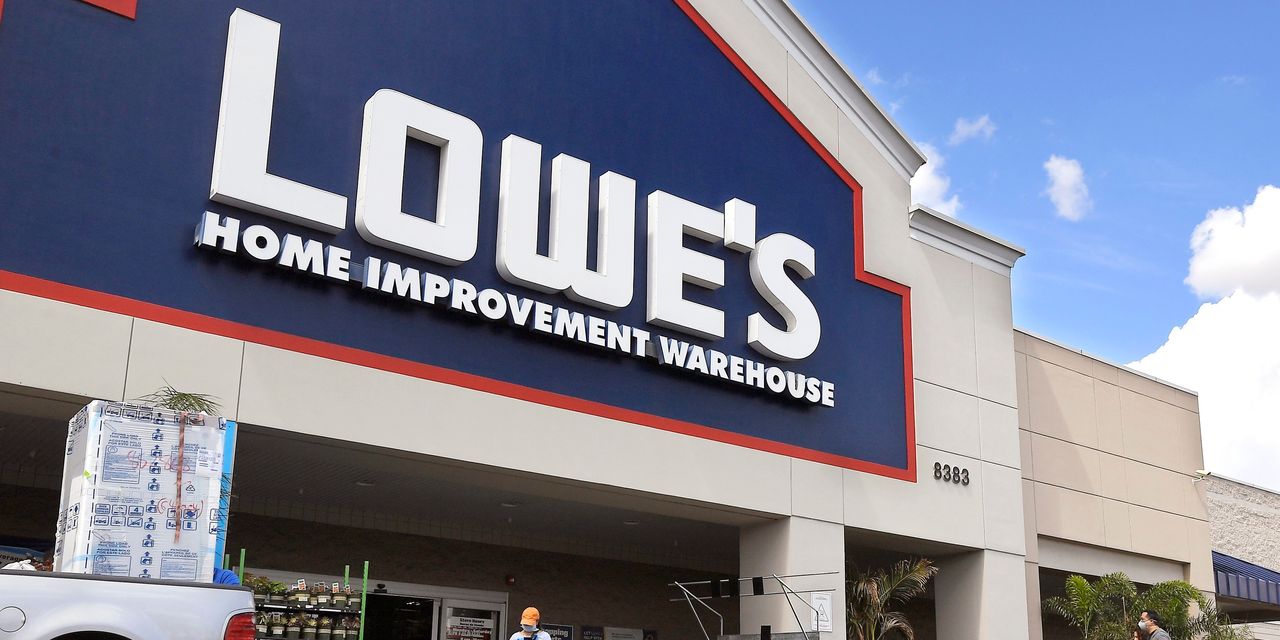 had a phenomenal quarter, but investors aren’t in the mood to savor the gains.

Home Depot’s sales grew 23.4% in the quarter ended Aug. 2 from the year-ago period, while Lowe’s revenue jumped 30% in the quarter ended July 31. Both companies exceeded analysts’ estimated revenue by around 10%. Diluted earnings per share increased 75% year over year at Lowe’s and 26.8% at Home Depot. Yet shares of Home Depot are down around 2% since it reported earnings Tuesday morning, and Lowe’s was basically flat after reporting Wednesday.

As in the preceding quarter, sales to do-it-yourself consumers outpaced those to professional contractors at both retailers. Lowe’s benefited more from this trend as DIY customers make up a higher portion of its business. Interestingly, sales growth was strong in all U.S. regions for both companies and not correlated with the size of Covid-19 outbreaks, which bodes well for the rest of the year.

Much of the concern seems to be around how sustainable their impressive sales can be. Both are mature businesses and it is clear that a lot of the demand growth is specific to the Covid-19 pandemic, when consumers are spending more time at home and spending less on other discretionary categories such as traveling.

Market-share gains at the expense of smaller competitors, however, seem to have benefited both companies—as larger chains like them were able to keep shelves well-stocked. Lowe’s Chief Executive Marvin Ellison said on a Wednesday morning earnings call that it would have been difficult to boost revenue so much without gaining market share.

Another reason for the strength in Home Depot and Lowe’s could be similar to why housing-market indexes have been so resilient: Those building new homes or renovating existing ones tend to be in higher income brackets, and therefore less dependent on stimulus. Low mortgage rates also have helped home buyers. Plus, existing housing stock is aging, according to Brian Yarbrough, equity analyst at Edward Jones. He notes that even in downturns, Home Depot and Lowe’s tend to do fine because people need to undertake repairs regardless of the economic situation.

For the two companies, there is little question as to whether demand will hold up the rest of this year. Unless a miracle cure emerges for Covid-19 by year-end, a remote possibility, people will continue to spend more time in their homes and spend more dollars improving them. Of the two, Lowe’s seems to hold more promise as it showed operational strength: Its operating margin expanded by more than 3 percentage points year over year, while Home Depot’s stayed stagnant. Lowe’s efforts to make its stores more efficient seem to be paying off.

Make the most of your home improvement dollars | Suburban Life