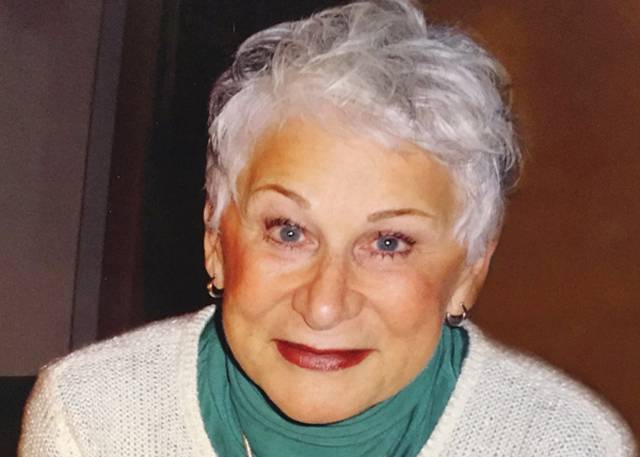 By Ed Koch, Special to the Sun

Editor’s note: This story has been updated to correct the venue for the private services.

Jane Radoff’s life was as colorful as the blended bright hues that were the trademark of her many cultured interior designs at the Wynn gaming properties over the last four decades.

A hippie of the 1960s, a Girl Friday for entertainer Johnny Carson in the 1970s and a world traveler both before and after her retirement in 2008, Radoff faced her tasks and journeys with a confidence and spirit that bolstered her brilliant talent.

“I called her a one-off,” said Elaine Wynn, co-founder of Wynn Resorts. “Janie was so unique in so many ways. She had a presence of a gifted artist combined with a driving force of nature. Wild colors of a rainbow permeated her entire being.”

Janellen Radoff, described in 2016 by Barbara Tabach, of UNLV’s Oral History Research Center, as having a “sophisticated eye and creative energy (whose designs) have anonymously touched most all who have walked through many of the Strip casinos and hotels,” died Tuesday of cancer. She was 80.

Services for the 45-year Las Vegas resident will be 10:45 a.m. Sunday at King David Memorial chapel.

The private services, officiated by Rabbi Sanford Akselrad, will be webcast on dignitymemorial.com. King David Memorial is handling the arrangements.

“Jane was intensely loyal, supportive and considerate — an honest friend,” said Roger Thomas, a longtime business associate who began working with Radoff in 1976, a year after she moved to Las Vegas. “She was a colorist who could mix hue, tone and intensity like no one else I ever knew. It was a born talent — you just can’t teach someone that.”

Radoff’s work includes the Venetian glass mosaic tiles in the Wynn’s Atrium, the carpeting throughout the resort and the design of the Terrace Pointe Café, including selection of the terra cotta and fuchsia colors of the drapes.

“Mom was just so brilliant and creative — smart as a whip — from her days as a guitar-playing hippie to her retirement years with her dog-walking club and ukulele club,” said Radoff’s second of three daughters, Robin Traficanti of Las Vegas.

“She also kept her mind alert with her jewelry designing, watercolor painting and felting (an ancient form of textile art). Mom truly was a woman of many talents.”

Born Janellen Sachs on Jan, 14, 1940, in Pittsburgh, to Adelaide, a local radio and TV host, and Meyer Sachs, a real estate entrepreneur, Radoff graduated from the University of Michigan with a degree in architecture.

She was married to William “Bill” Radoff, longtime purchasing director for Caesars Palace. He preceded her in death in 2004.

In 1980, Radoff rejoined Thomas, now the retired executive vice president of design for Wynn Resorts, where, together they did innovative interiors for Steve Wynn’s early megaresorts, the Mirage and Bellagio, before moving on with the Wynns to similar positions at the Wynn Las Vegas and Encore.

Prominent in the Jewish community, Radoff and her late husband were one-time members of Temple Beth Sholom, where they were involved in charitable work.

In addition to her daughter Robin, Radoff is survived by her eldest daughter Laurie Day and her youngest daughter Allison Hart, both of Las Vegas; four grandchildren, Chelsea, Braeden, Ian and Elijah; and a sister, Nan Solow and her husband, Donald.

10 Timeless Bathroom Trends That Will Never Go Out of Style

Sat Jul 25 , 2020
A forever home deserves a forever bathroom, one that will stand the test of time. This may mean putting aside any thoughts of laying down miles of pink tile or installing that funky sink shaped like a wooden trough. No, this is one room where the classics should truly reign […]